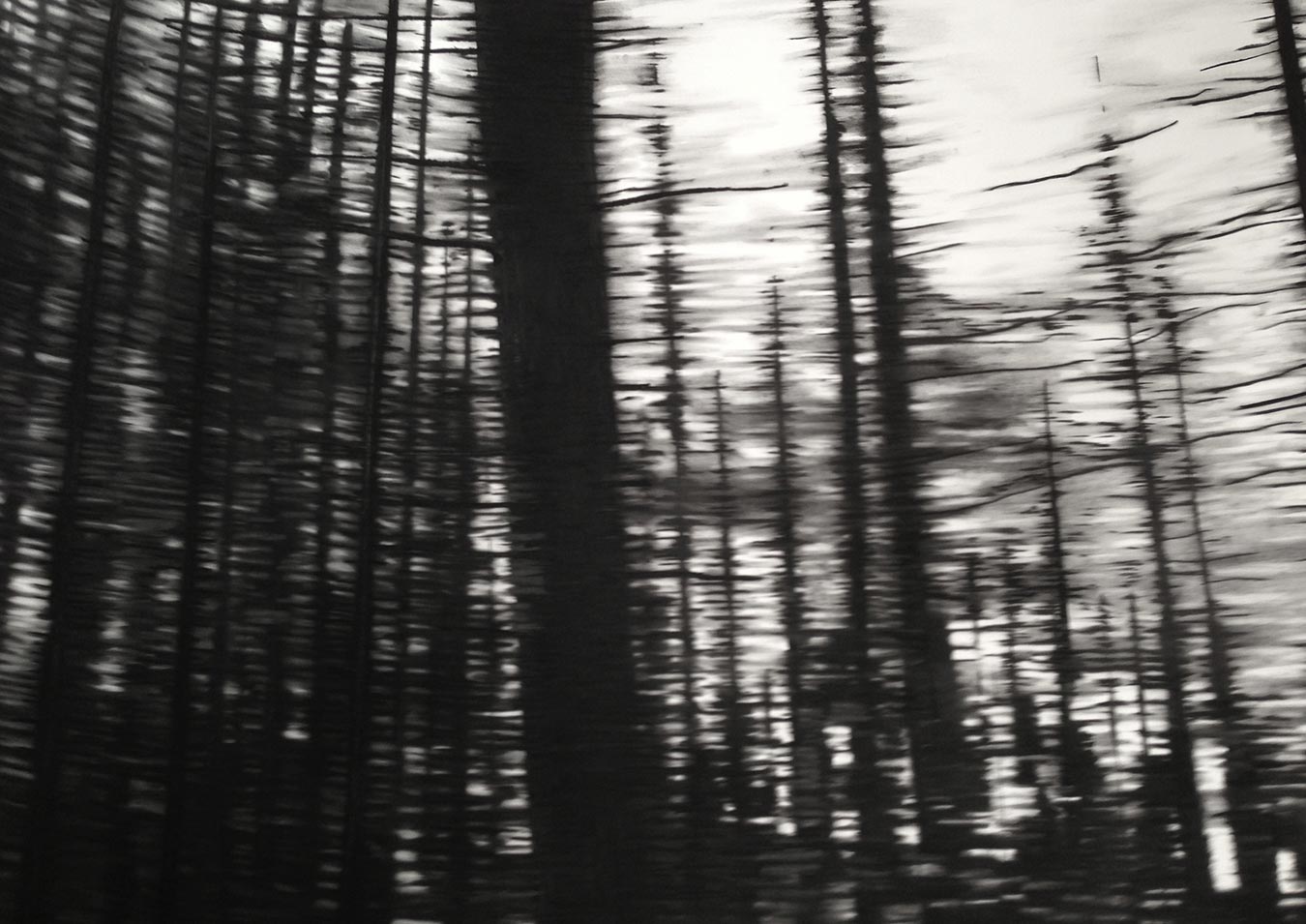 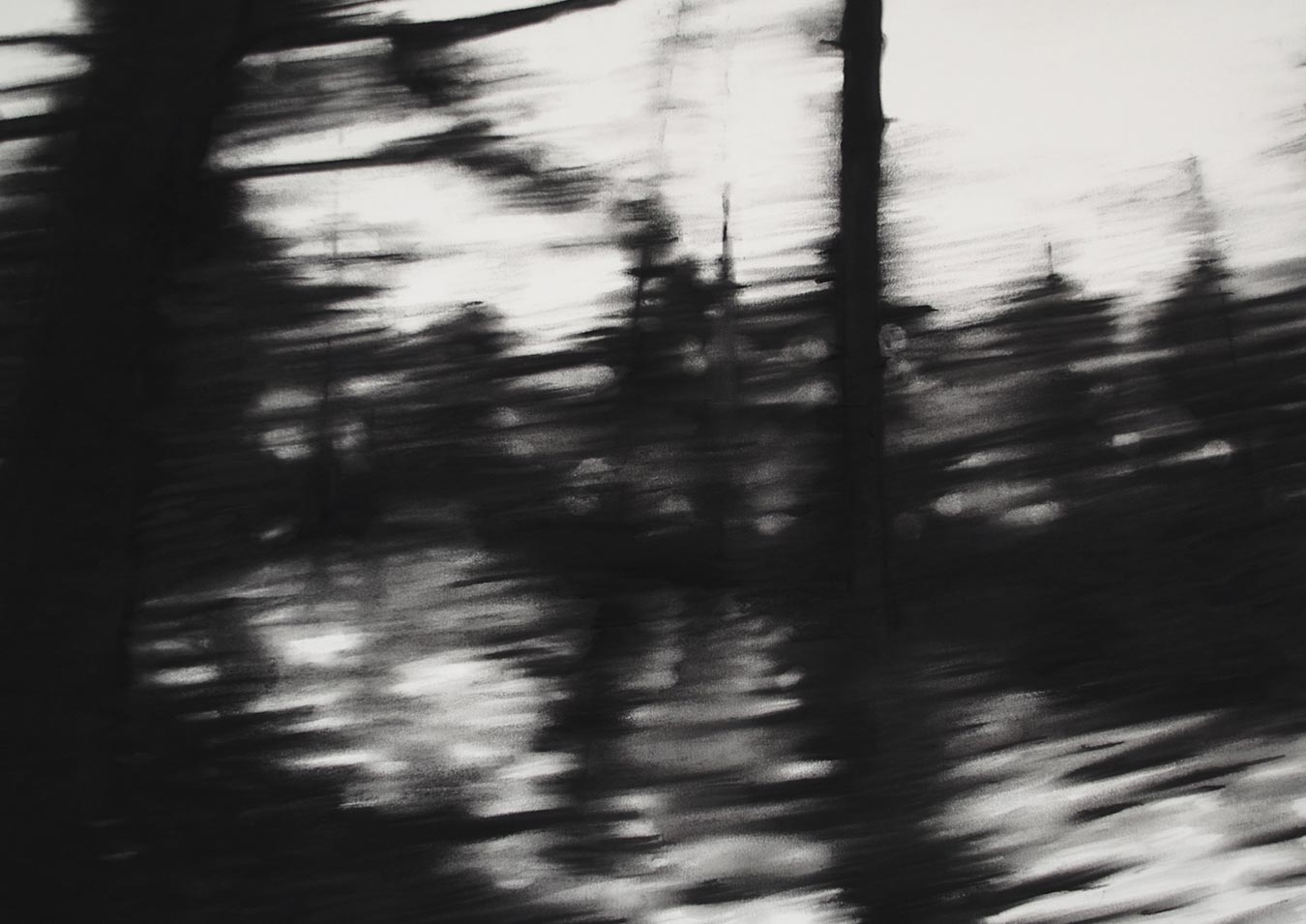 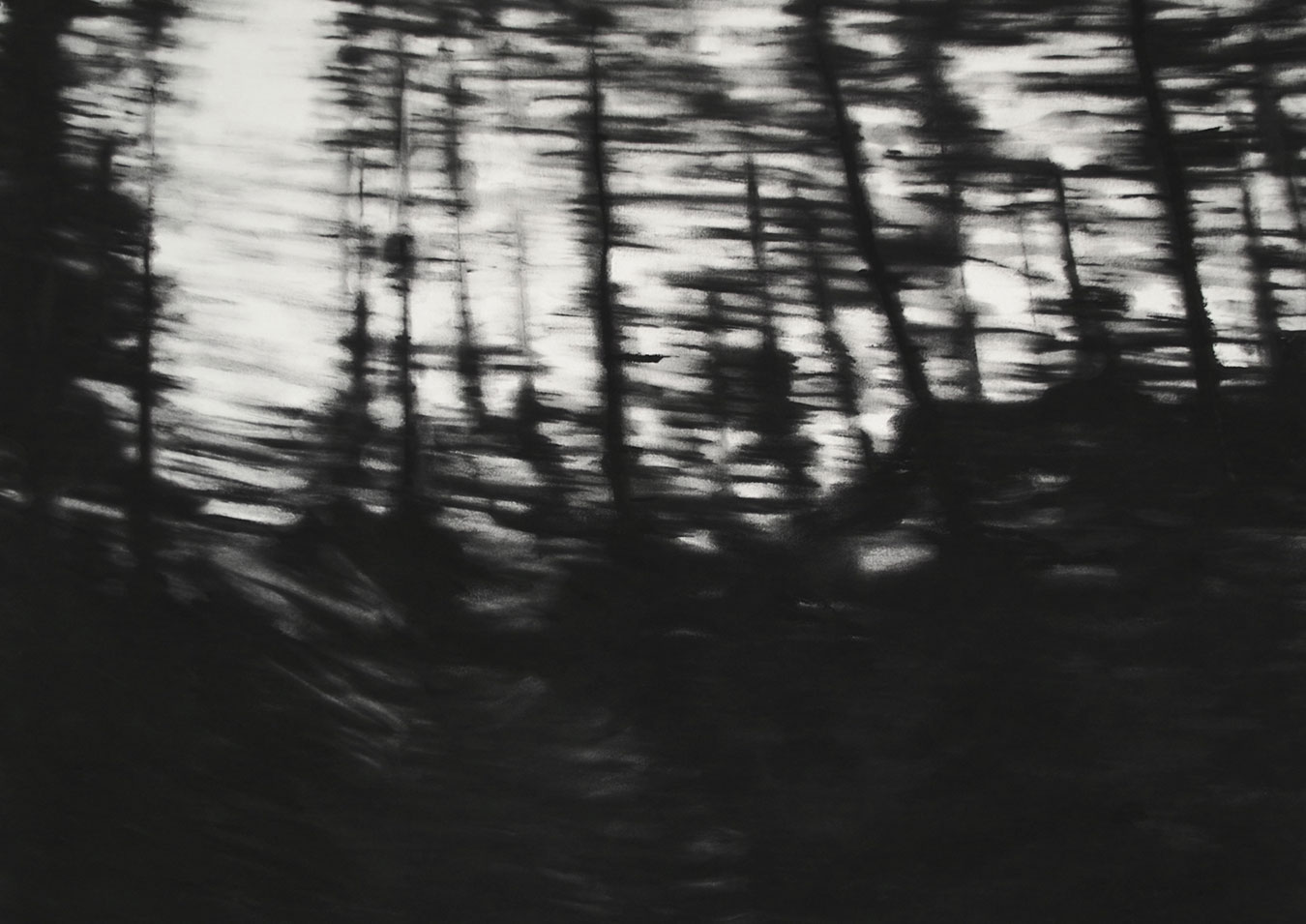 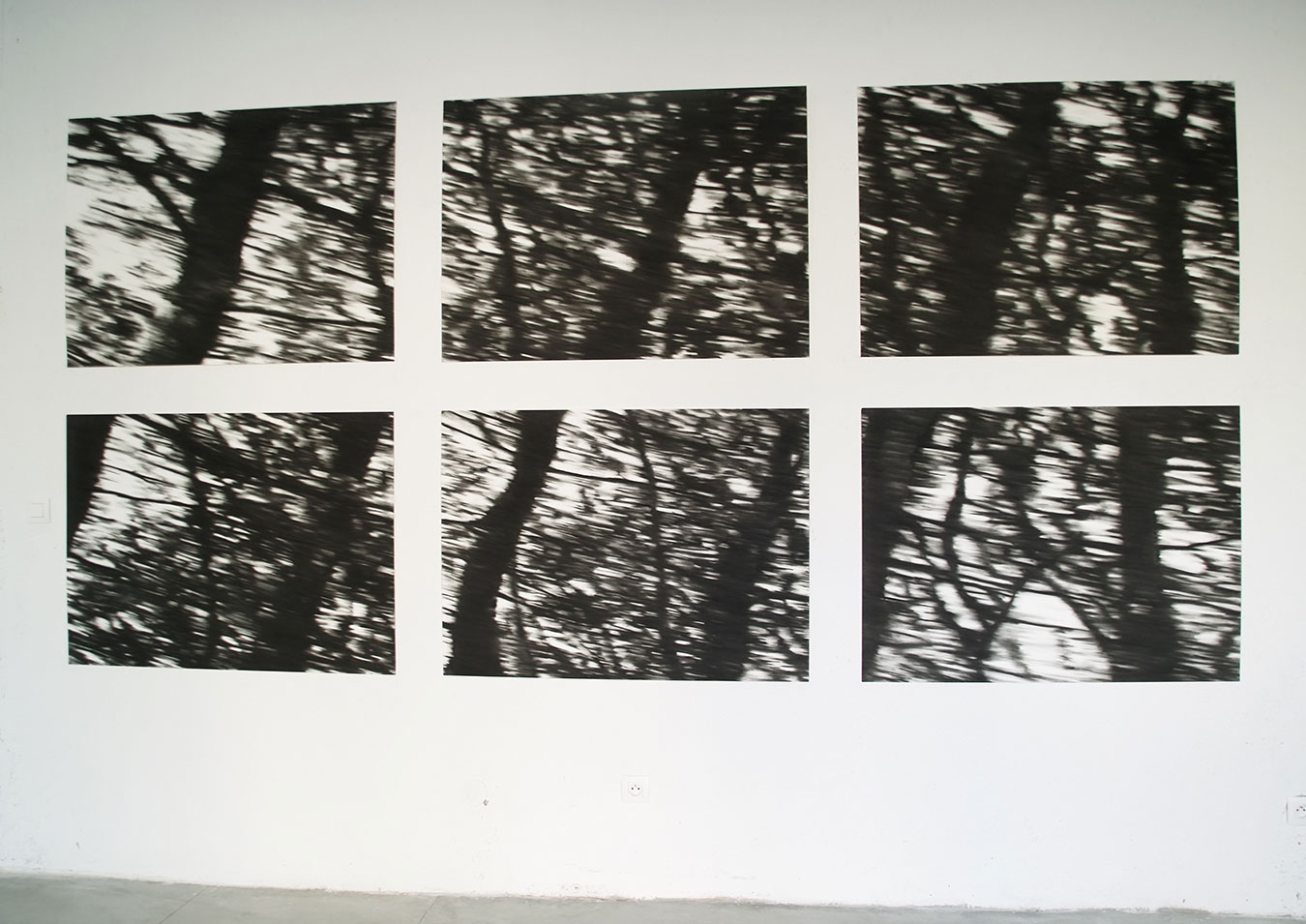 In these works I myself am moving. I run and flee through the forests near Schoorl. I am not imagining this but i am actually running and fleeing about in that forest. I draw what I observe while moving.

I have presented these drawings like a film sequence and they clearly become fragments, the flow of time becomes staccato moments, punctuated.

These drawings I realised right after the project about the dead immigrants in the container. In a publication I discovered a picture of people moments before they were executed; in the crowns of the trees in the background I detected some movement.

To make it more universal I did not draw these people but I wanted to catch the intensity of the image, of the memory that has remained in the trees and the landscape ever since.

I imagined what the people would have seen, would they have fled. I imagined their eyes would have reached out for freedom, there above the treetops.