I Walk Therefore I Am 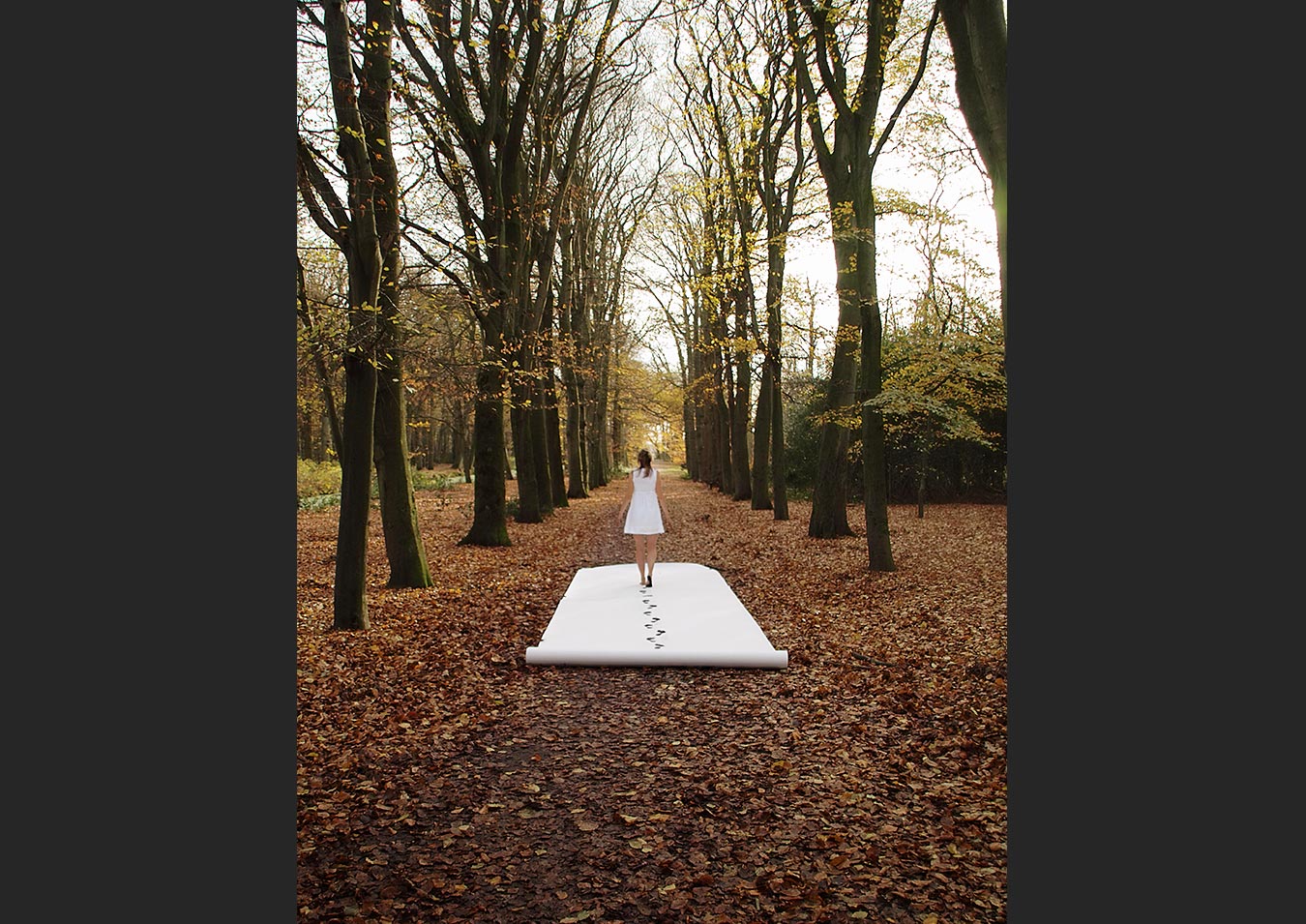 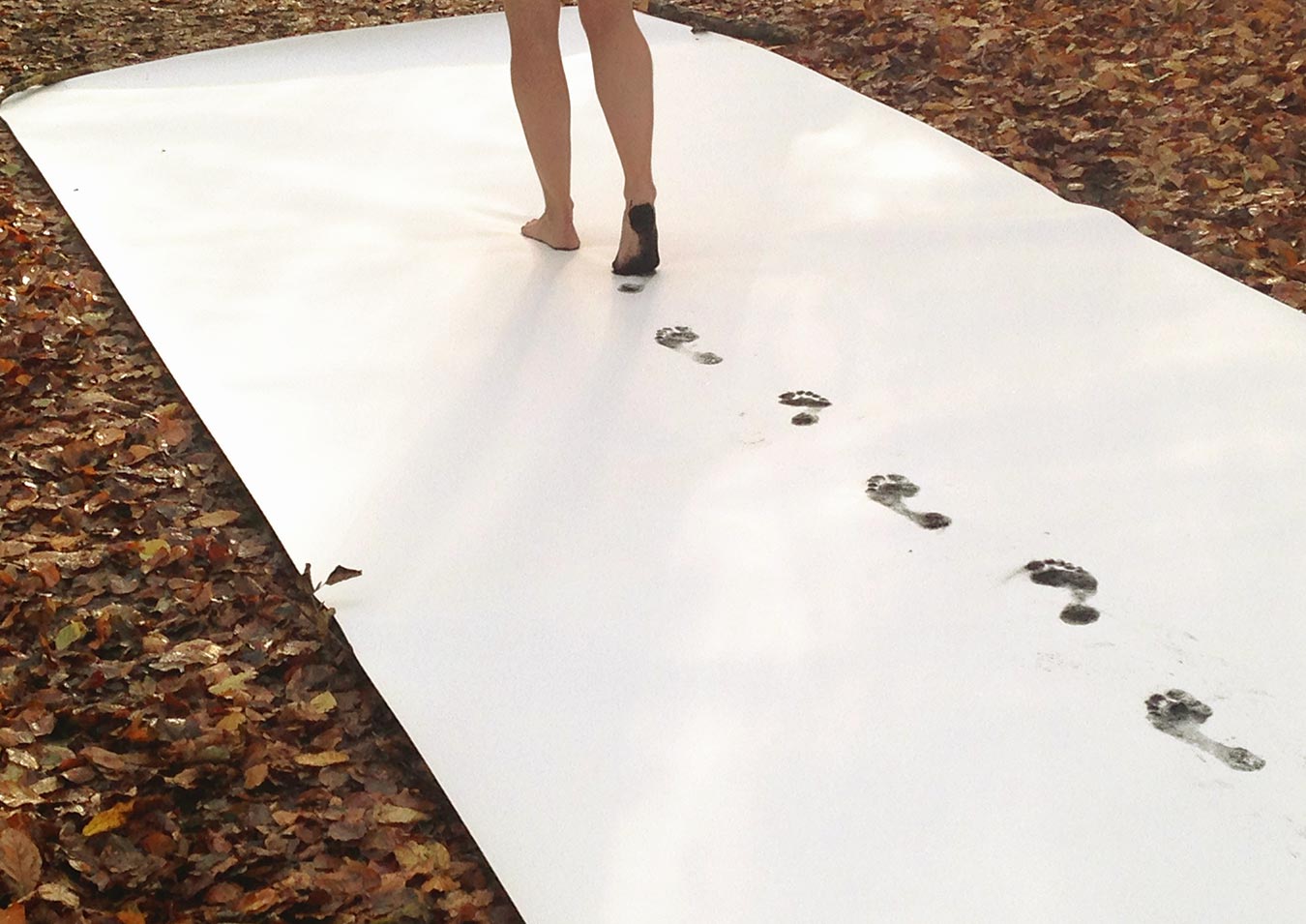 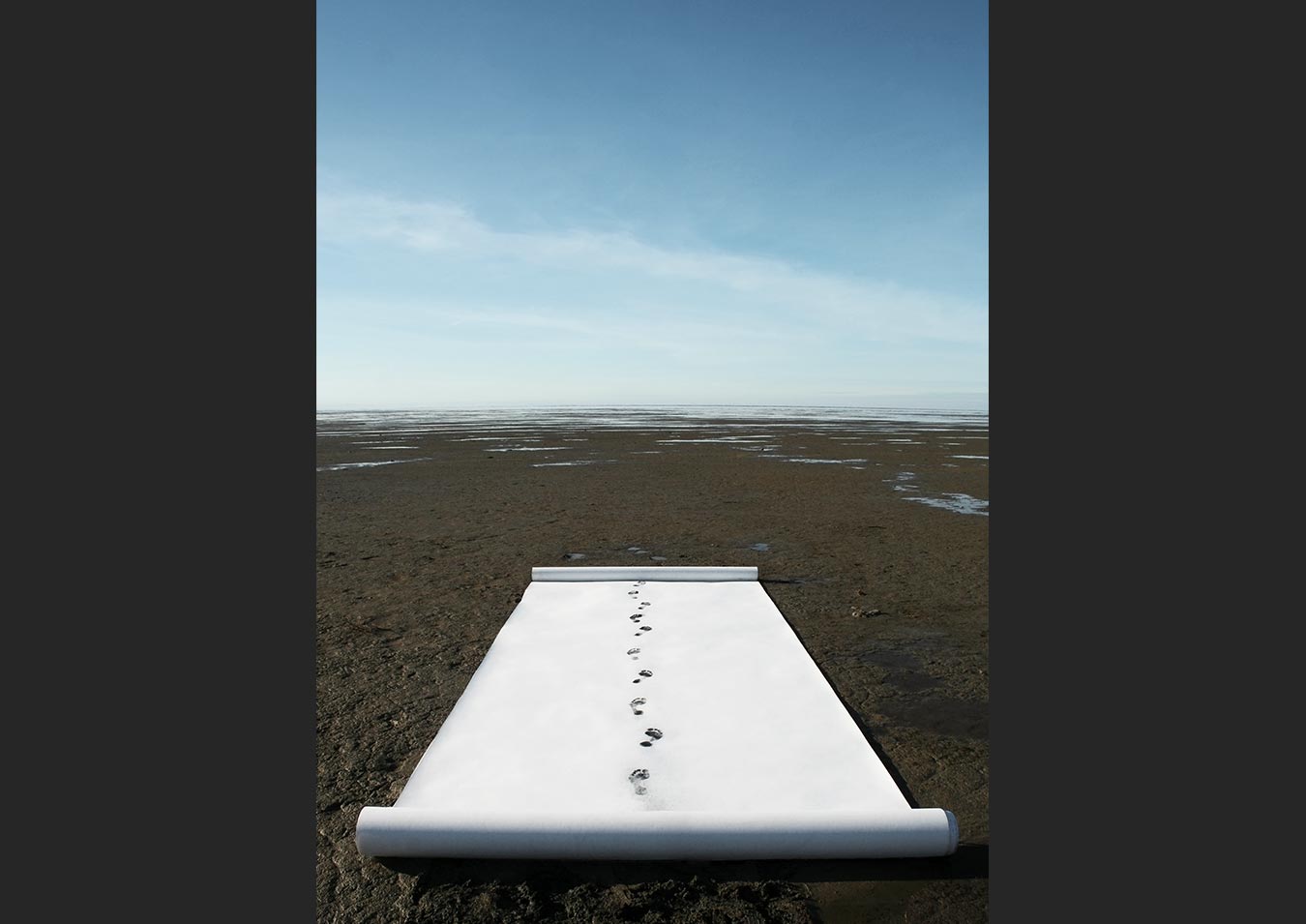 The work is a photoprint, the image is the document of a performance. I walk along a paper path which moments ago seems to have unrolled by itself. My feet leave black traces of charcoal, the location is the Old Court at Bergen. René Descartes, who lived from 1643 till 1649 nearby in Egmond aan den Hoef, was a regular guest of the then owner.

In a second image (near Hyppolitushoef) I am not present anymore. There’s only the trace on the white path within the landscape. The image itself is also just a trace: I had only half a minute to execute the movement and the photo, before a gust of wind flipped everything away.