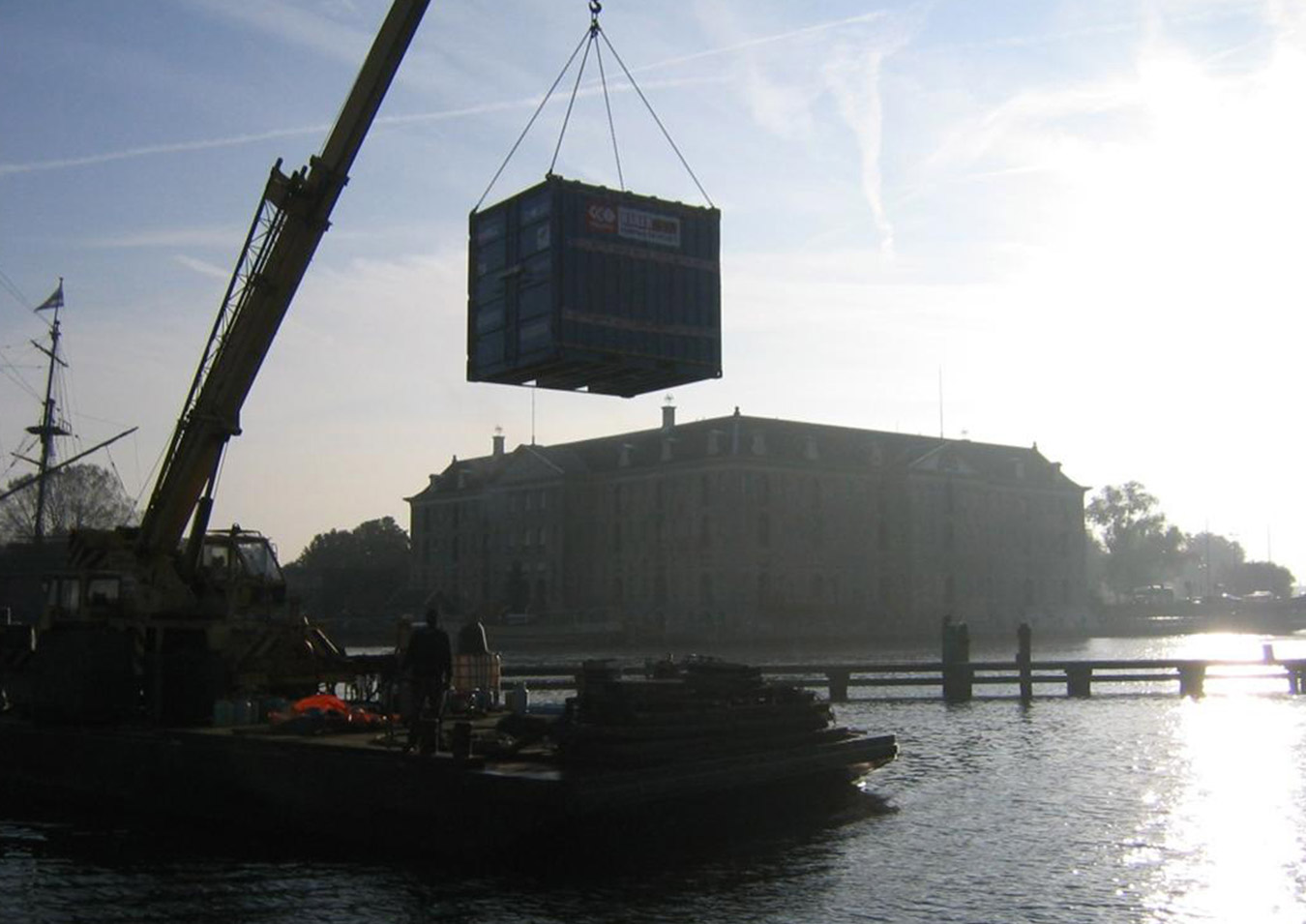 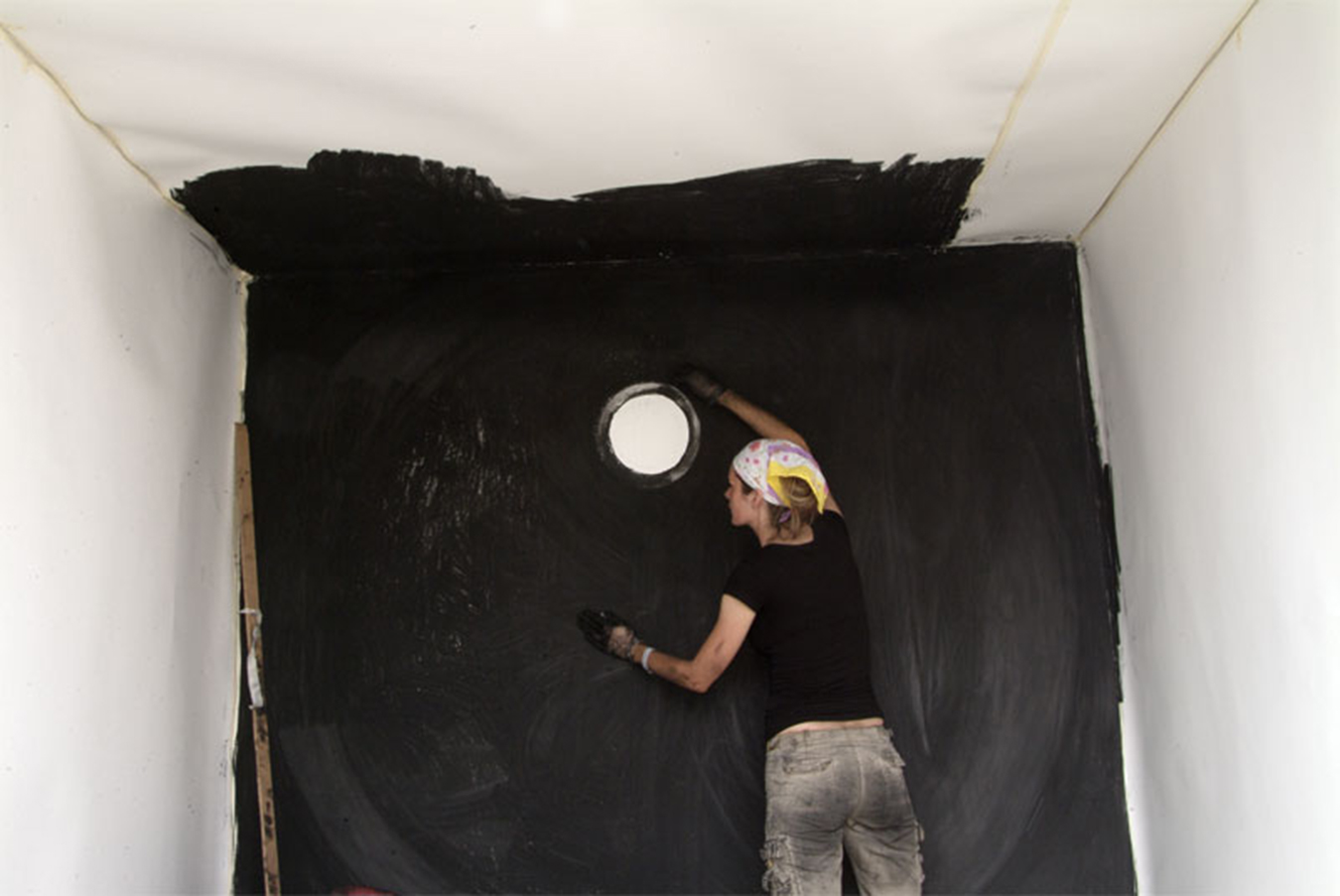 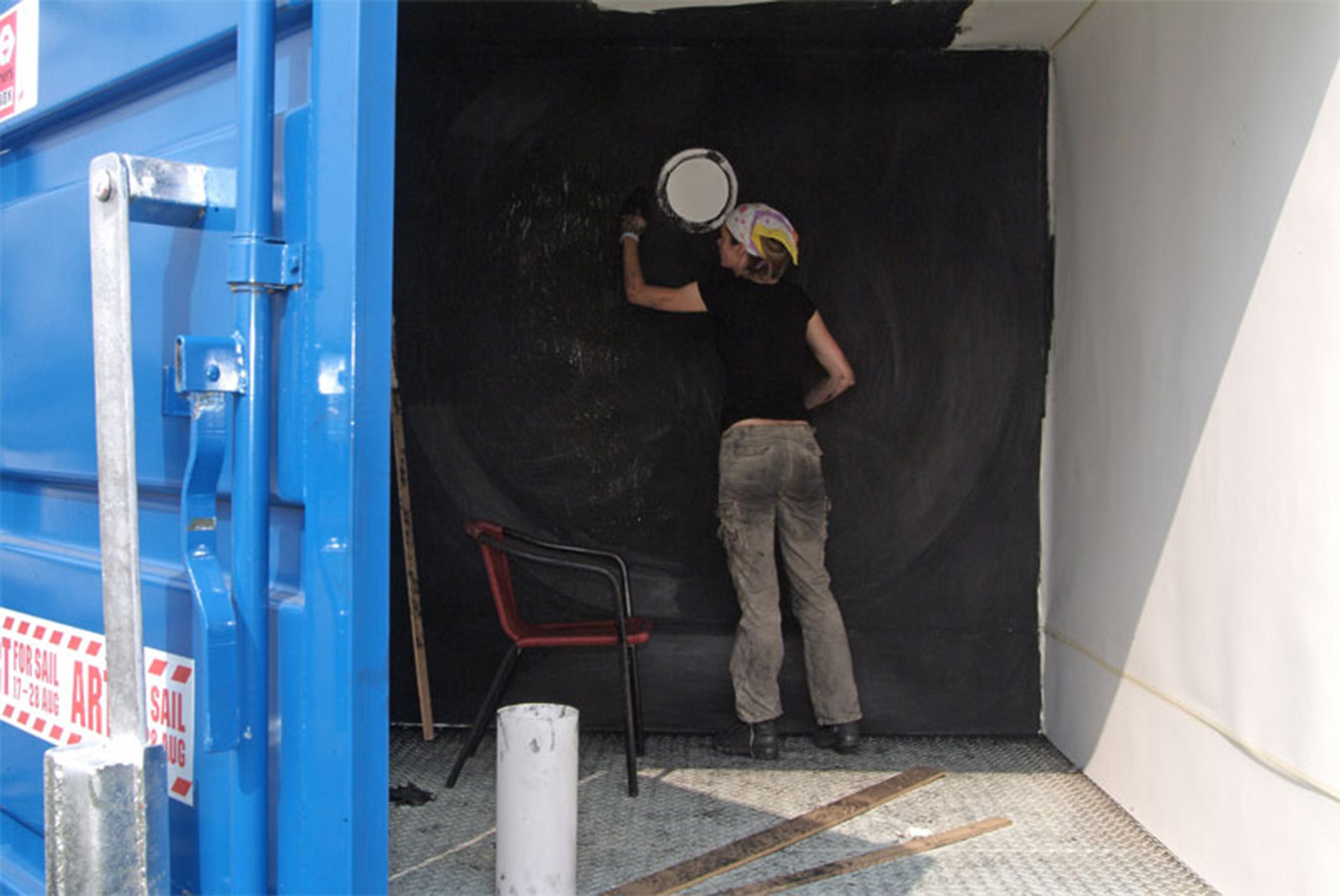 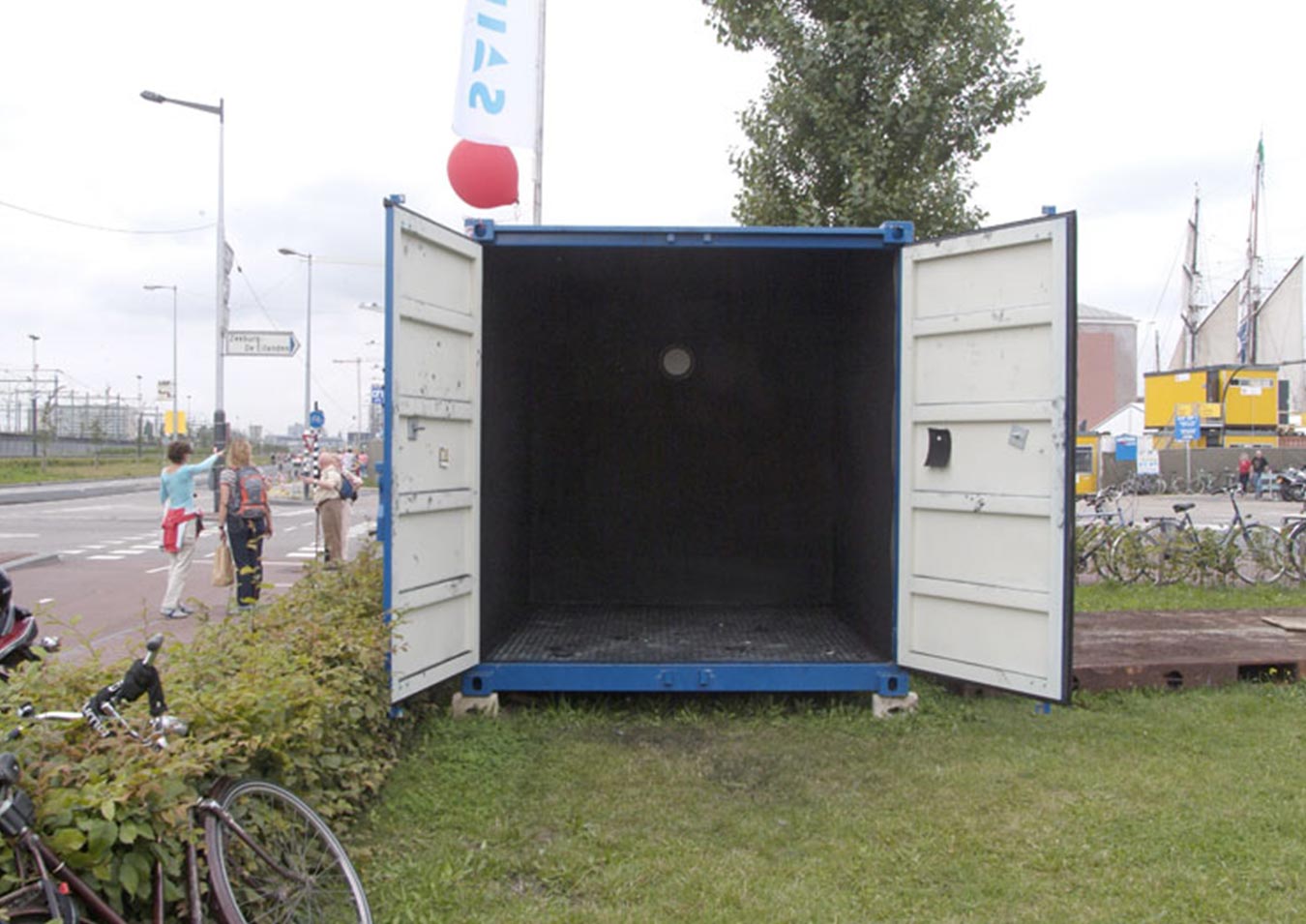 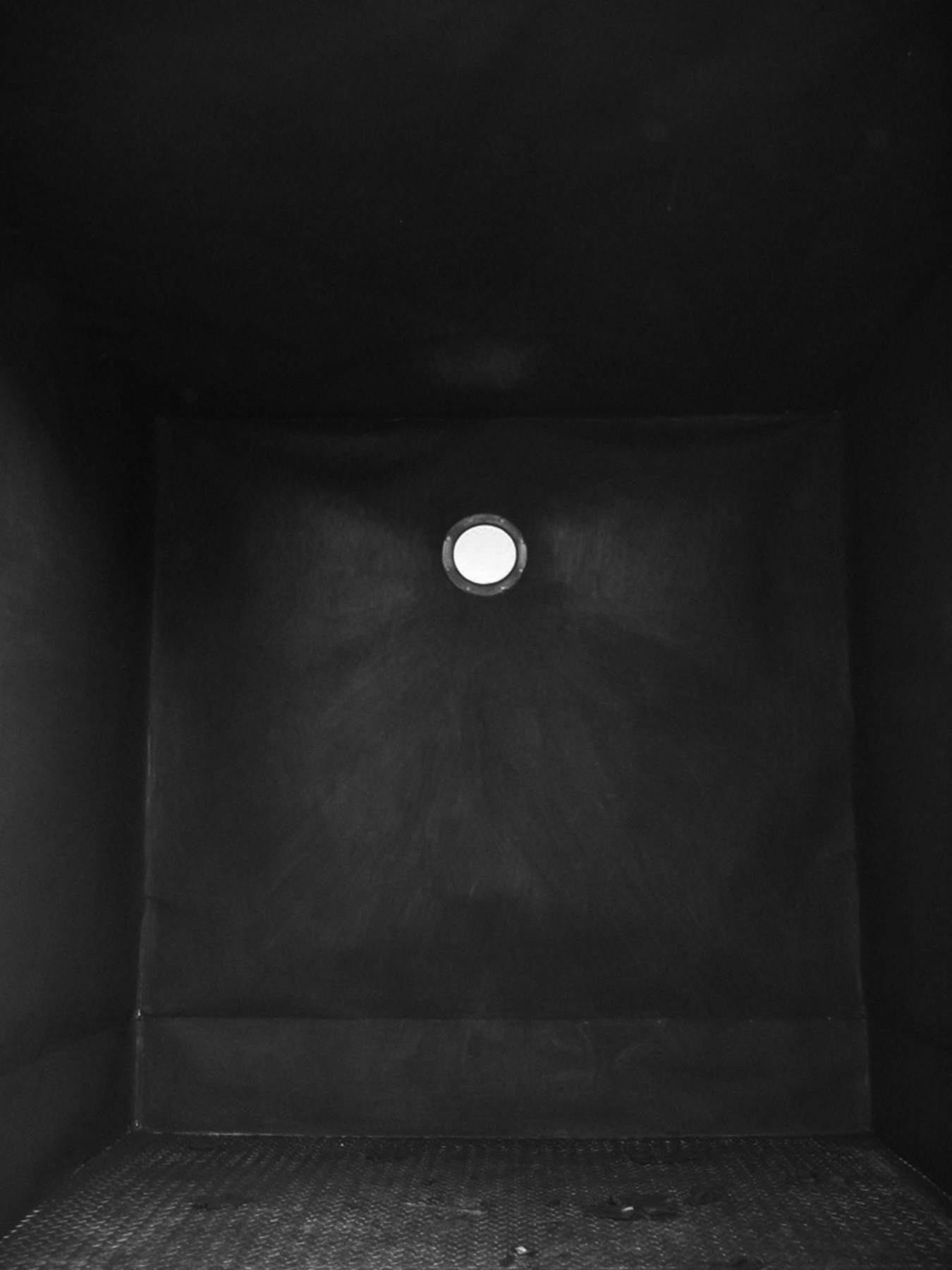 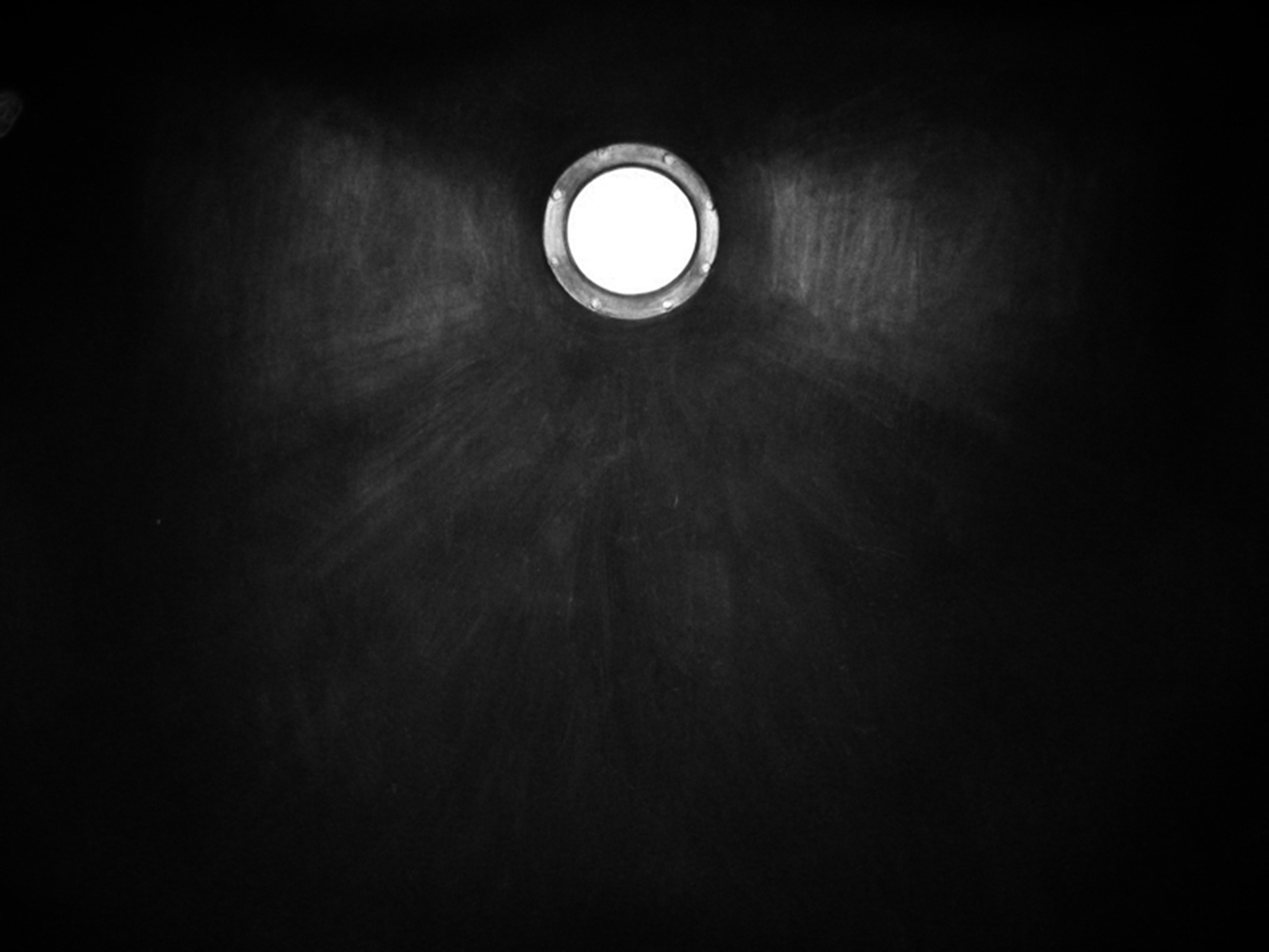 As a part of my final project at the Art Academy Den Bosch, I decided to walk around at night taking pictures of illuminated windows of houses and buildings. Windows like these I began to draw with charcoal and these drawings were the first I was completely happy with, for example a big black drawing with a small window in the upper corner, like a small prison window radiating light. For the first time I was aware in what way a technique, a drawing can become meaningful and symbolic, and how the contrast between intimacy and anonymity, between inner and outside worlds can be significant.

At the Sail Amsterdam Festival in 2005 I was provided with a shipping container to work with. The interior I totally covered with paper. I went inside, closed the door and blackened the interior completely except for the illusion of a ship portal where light was shining through. That gave me some air to breathe. Visitors who came in had to adapt to the darkness at first and then they discovered the light.

In the container I also shot a video. The camera was placed inside, facing the doors which were closed. You first hear the sounds caused by me trying to open the very heavy and rigid doors, which was very cumbersome. Slowly you discern the light, a streak at first, you don’t know what you are looking at Finally the door opens, light breaks in and you hear the sounds of the outside world.