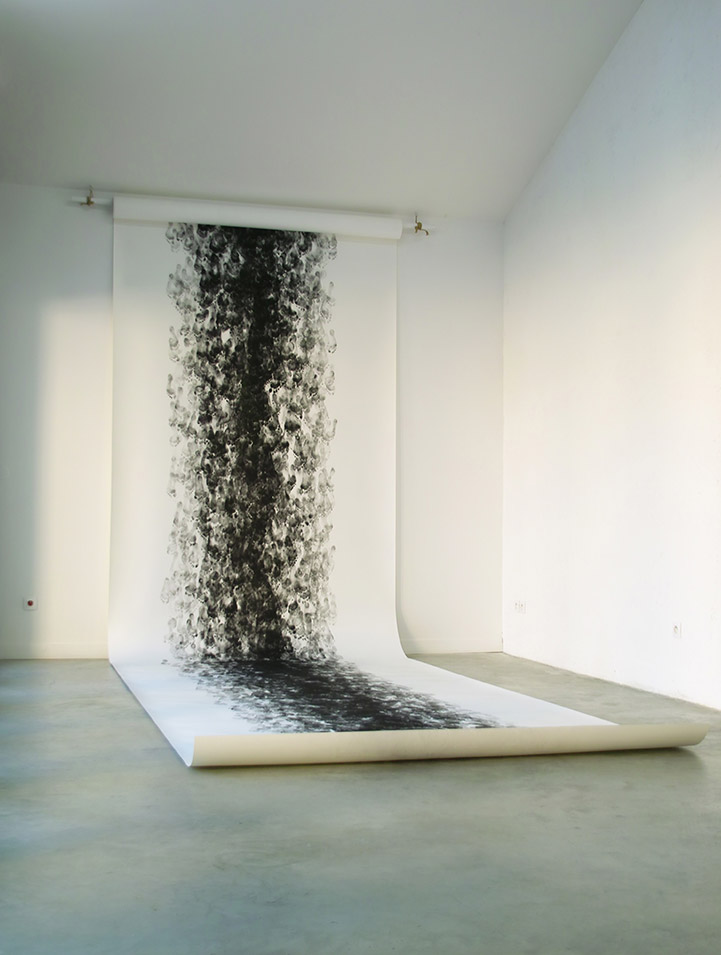 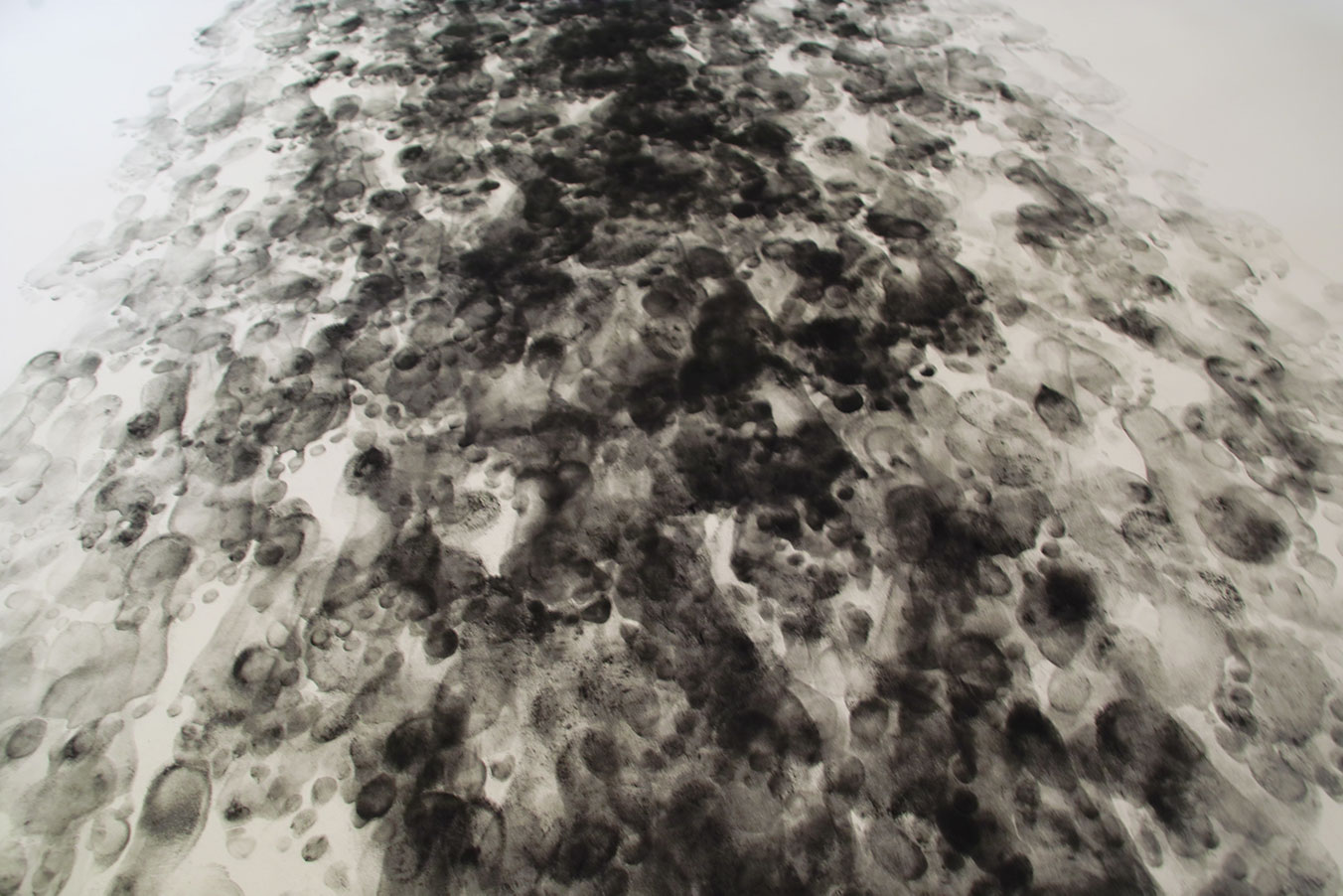 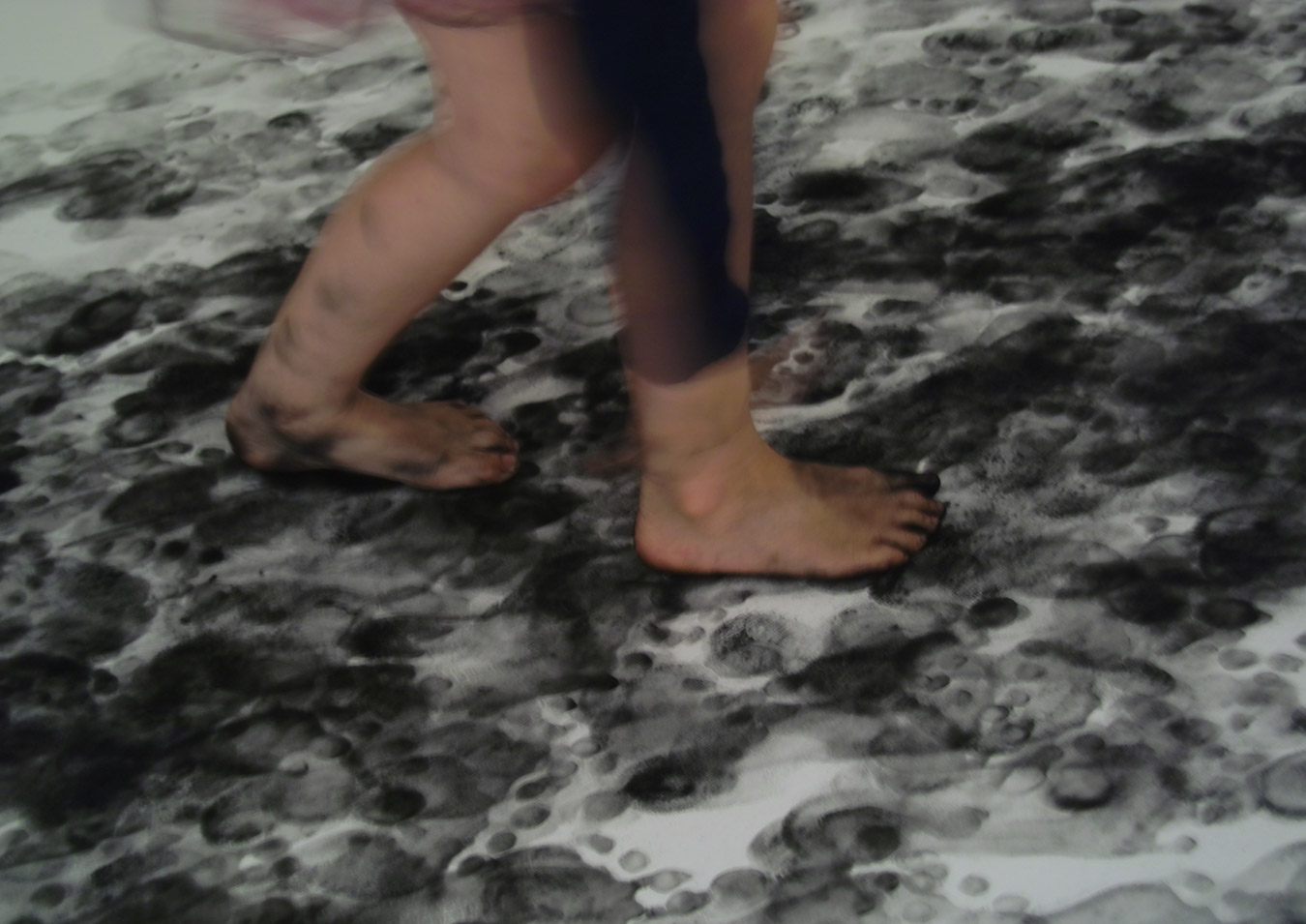 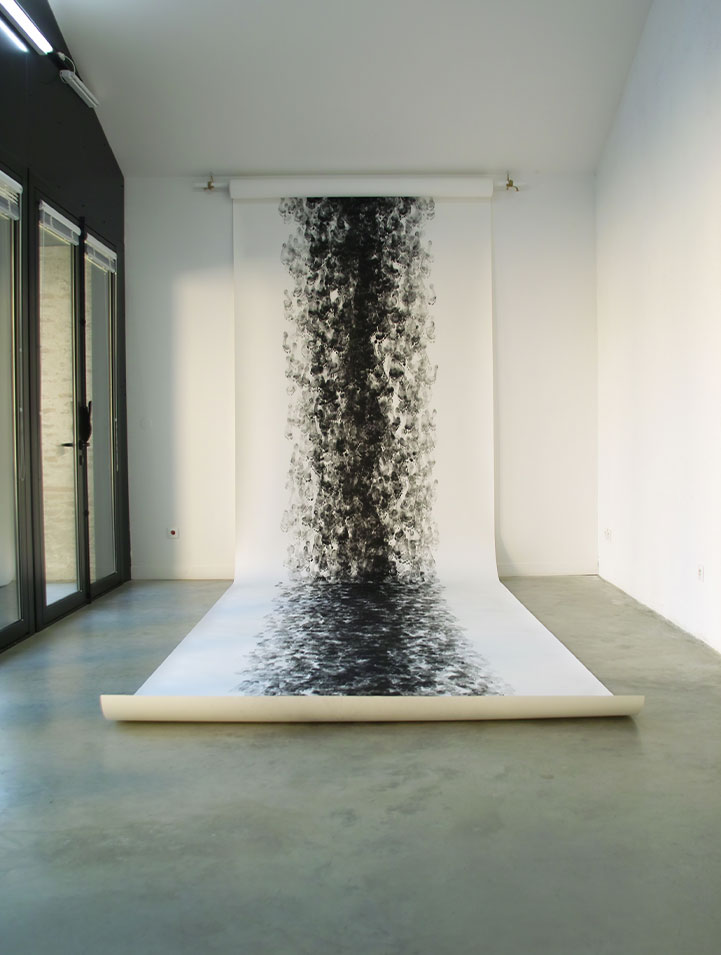 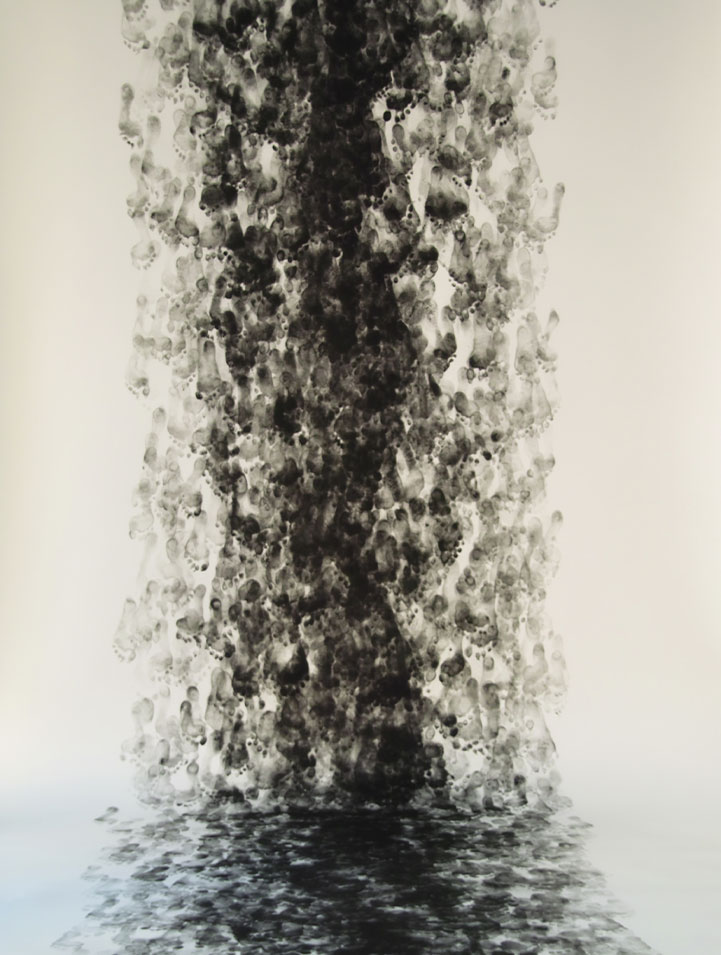 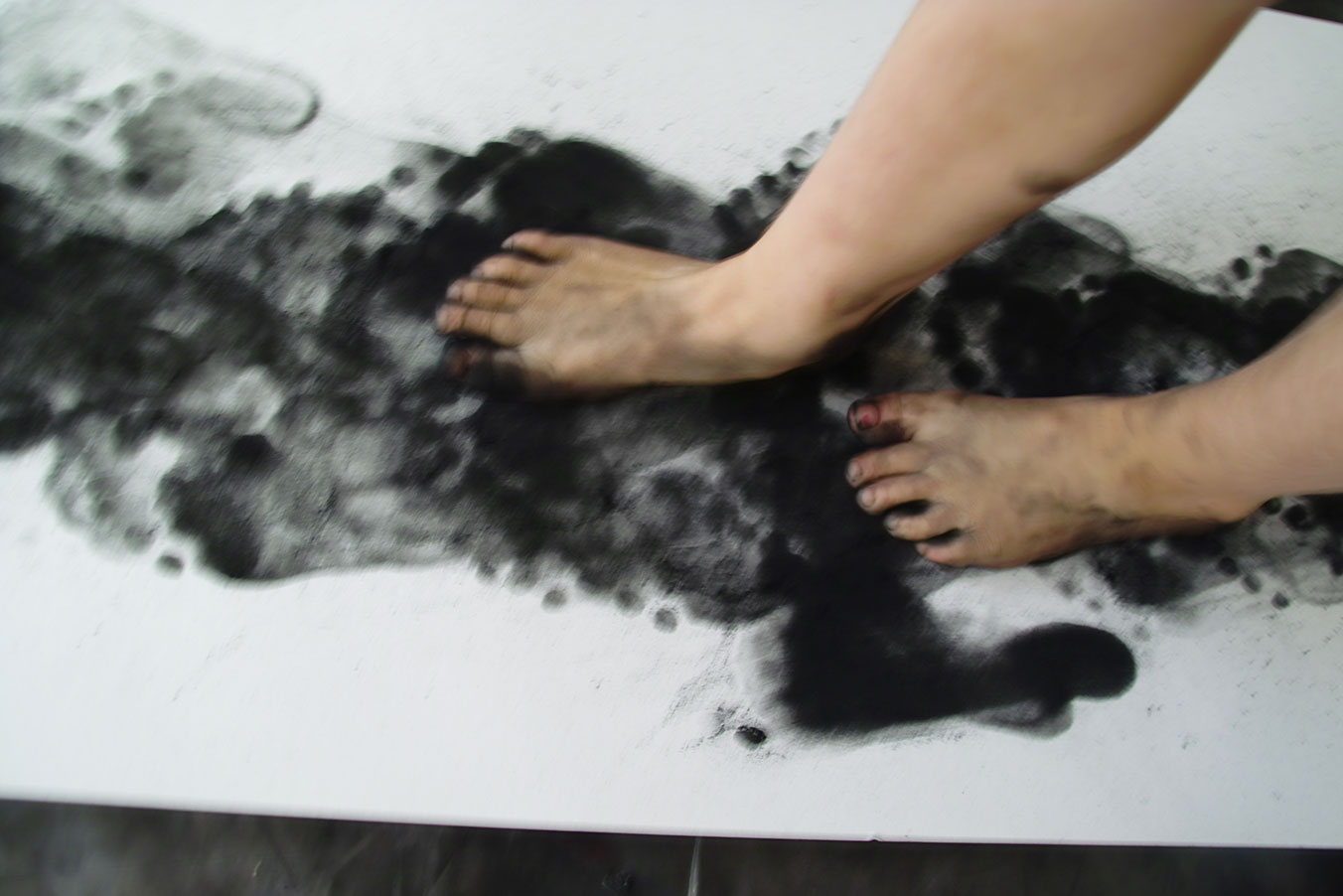 A project for the Maison Sigean, near Toulouse. The Spanish border is not far away. Reading about the history of the place: during the Civil War in Spain many people fled along that route through the passes in the Pyrenees. As often happens an image appeared before my mind’s eye: people coming down from the mountians, like a stream, like a waterfall.

Seen from a distance you do not know exactly what you look at – it seems like drops of water. Getting close you see that it consists of footsteps of children. The work is made in my studio, together with my children; I made them walk the paper over and over again.

In Sigean I put the work up on the wall to give it more space and also to show it like a waterfall. Some time after I saw the old pictures of the refugees – they did come down from the mountains, in a short period of some weeks, like a waterfall.