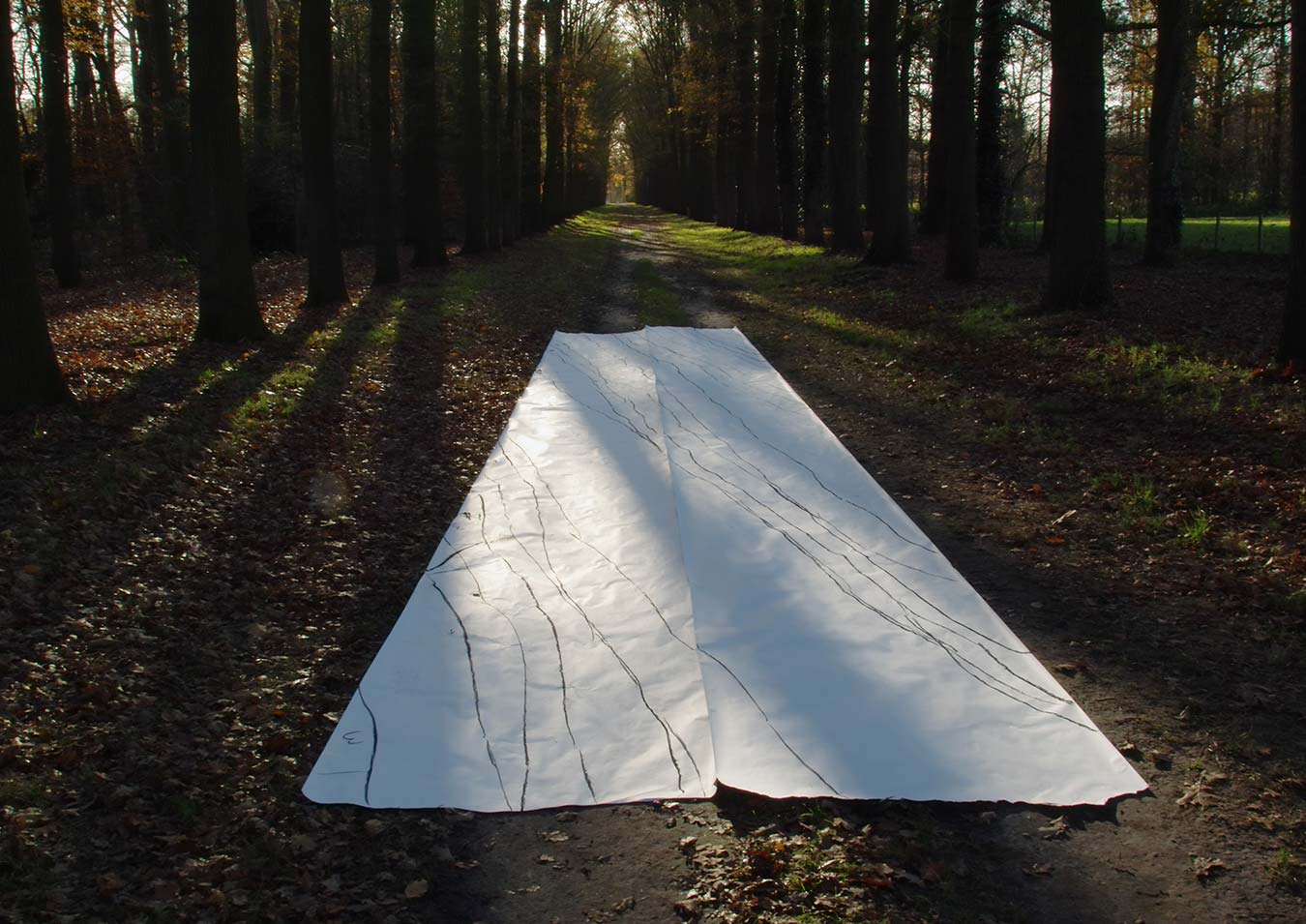 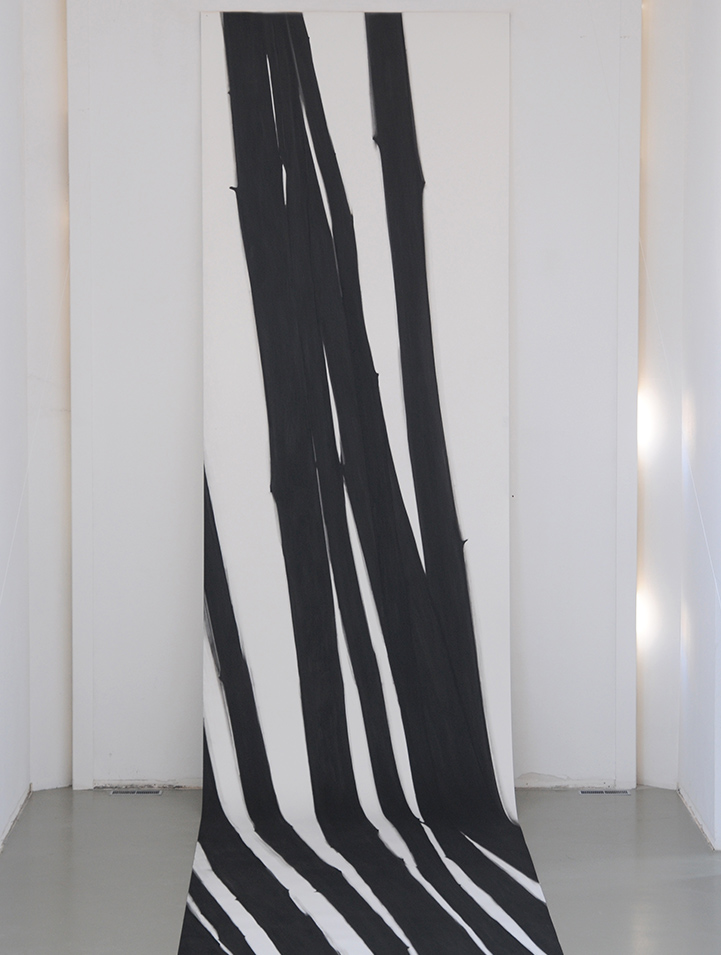 During a residency at the Diepenheim Drawing Centre, I made a drawing of 6 meter of the long shadows on the ground of treetrunks at the Sterrebos forest.

Because I kept tracing the treetrunks while the sun continued to progress, they got entangled with themselves and with each other.

The drawing I put up against a wall and thereby it became another reality. Once you hang something on a wall, a horizon is introduced or at least its suggestion.

The treetrunks intertwined and mingled like the fingers of hands. Another forest appeared.