Stepping Out Of The Shadow 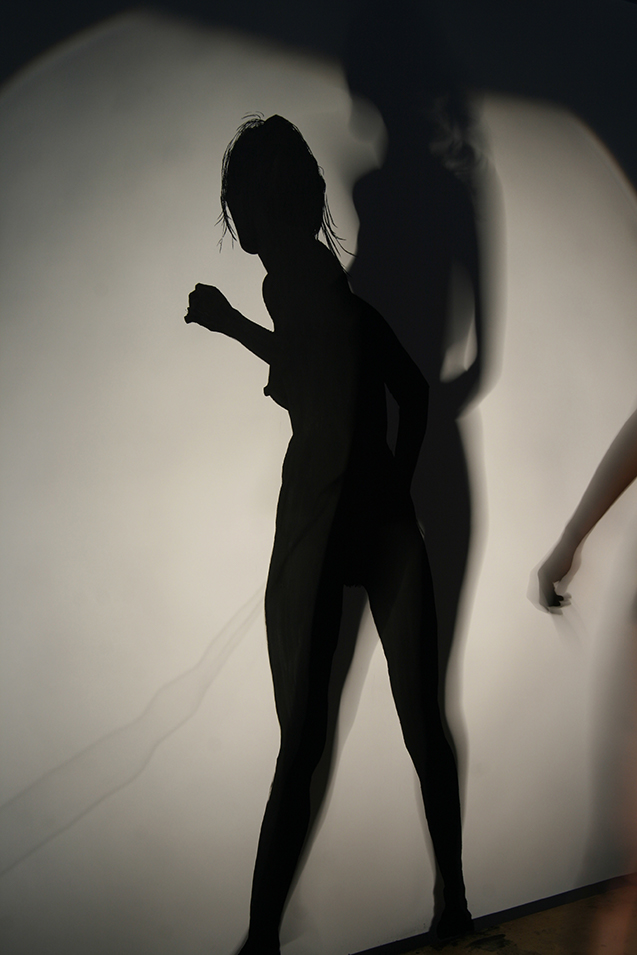 This photo is truly important to me.

In the context of my project Preserving the Artists I took photos to document the stages of the works. One of the photo’s of Jan Hendrikse shows how he steps away from his shadow portrait, he is still minimally attached to his shadow. That image inspired me: two types of shadow and reality are simultaneously present.

With that concept I wanted to make a self portrait. I started to draw the contour of my own shadow – an almost impossible task because I have to bend into difficult positions to draw a complete contour. After having filled in my shadow with black charcoal and with the help of a wire release I take pictures of the moment I step out of it. Just a part of my physical body is visible.

It is confusing which is my real shadow.